On April 7, 2021. Posted in UncategorizedAdam McFarlane 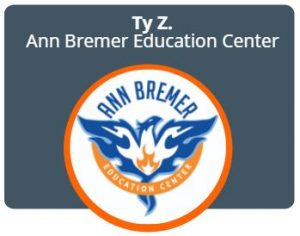 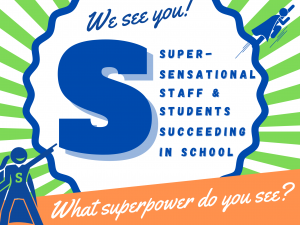 Ty came to me as a foster child when he was eight years old. He is blind, mute, developmentally delayed and has many medical diagnoses that are life-threatening. For the first eight years of his life basically raised himself. He has an extreme oral aversion, he puts VERY few things in his mouth and eats even less, pretty much only juice and chips. This made it impossible for me to give him his meds. I would have to hold him down to try, as not taking his meds could quickly lead to his death. Ty is was also very physically aggressive, especially in the beginning. He would physically lash out on myself and other caregivers, in some cases causing us emergency room visits.

Ty needed to be enrolled in school, but I didn’t think there was ANY WAY school could possibly be successful for him. I also feared for the teachers and paras that would have to try to handle and interact with him. I was sure they weren’t going to even be able to get through one day with him. It was then I learned about the district 287 program. Again, I didn’t think he would last one day there but WOW was I wrong. Every decision they made had Ty’s best interest put first. This school was ready for him. They could handle and understand his needs and weren’t afraid of his aggression. His teacher even joked with me once about who had more bruises from him, me or her. They were trained in holds and he was never harmed during holds. They held him in a way that put good soothing pressure on him and now when he’s upset, he seeks out and wants that pressure. The program helped him learned to trust me and other adults. They also helped me with ways to handle his rages and ways to advance his communication with me. Without them Ty probably wouldn’t still be living with me and would have never became my son. They also taught him how to play!

I kept Ty at the north education building for one extra year before moving to high school because I was so afraid a move would cause him to regress. Again, I was wrong. They were ready for Ty and all his challenges. The teachers worked with Ty (and me!) at Ty’s pace. They allowed me to come into the classroom before school even started and spend time with him there. He was able to get used to the room before he had to navigate it with other kids there. They went above and beyond to try and match the new room to his old room due to his blindness so it would be easier for him to map it out. I got to know the teachers, paras and nurse before he even started high school.

I didn’t think it was possible for Ty to like school and instead his experience has turned out so much better than I could have hoped. He truly enjoys going. Thank you so much district 287!